The hottest Ethereum news straight from the Chefs at the Bakery. Data-driven insights, select research topics, and daily updates for the Ethereum ecosystem. 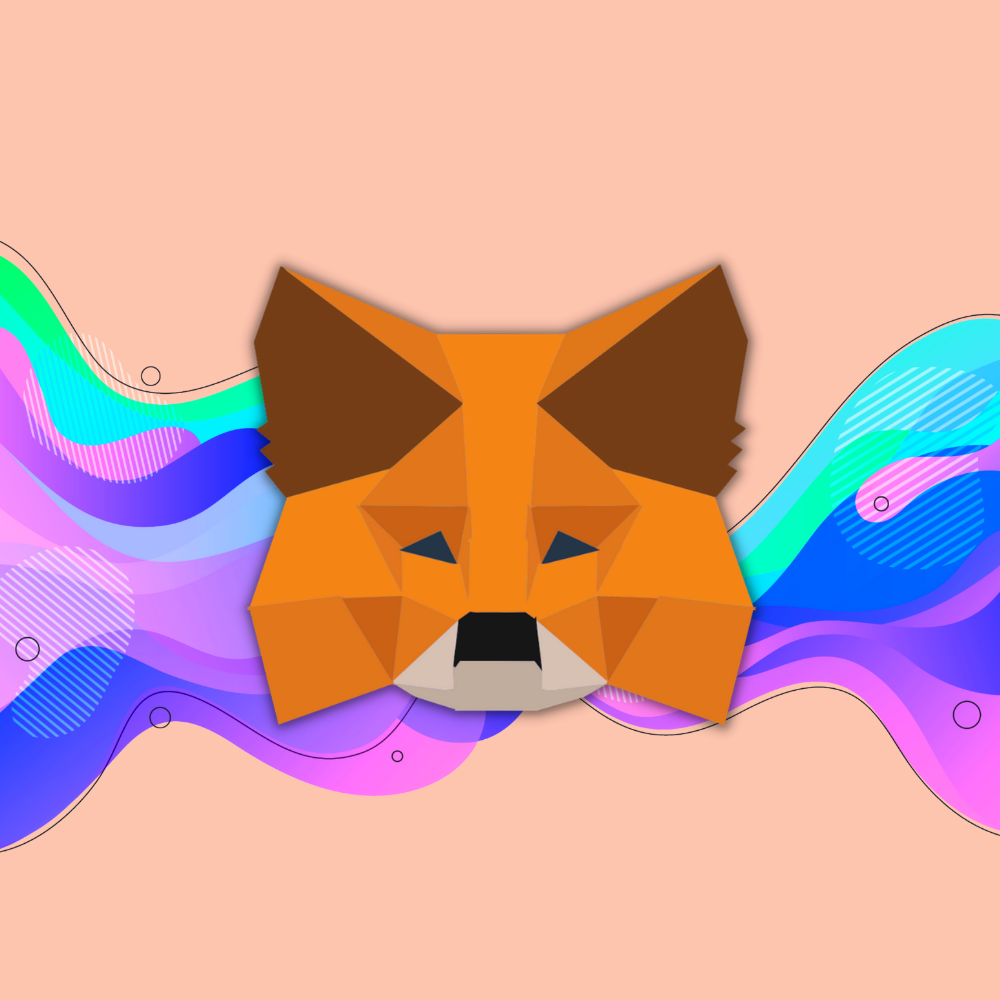 The outright explosion of Metamask, a blockchain wallet application on Ethereum, has been nothing short of astounding. In the span of just a few years, the browser extension has managed to grow in the tens of millions of users. At the start of 2020, there were only 545,080 recorded active users with the browser extension downloaded. Fast forward to today, and that number is now breaching the 11M user mark, no minor feat.

It’s fair to argue that Metamask is part of, if not the most influential Ethereum infrastructure to ever exist on Ethereum. Metamask on a low level is a cryptocurrency wallet that makes it easy to interact with decentralized applications through a browser extension or mobile application. However, on a high level, it is a specialized tool for DeFi users encompassing a wide range of use cases we will talk about in this article…

The role that Metamask plays in the ecosystem is a special one… As a wallet, Metamask is at the end of the line when it comes to security, handling billions of dollars in transactions on a daily basis. This brings on an additional sense of responsibility for the team, with many different projects and applications relying on them at any given moment. This factor doesn’t appear to scare away the development. Although it seems quiet on the surface, the Metamask team has been working on some game changing projects + features that are being implemented slowly to decentralize the protocol over time.

Let’s first go over a predicament to understand the direction in which Metamask is headed towards, and why. Imagine if you will: you’re a software developer providing open source public good infrastructure for your local blockchain. All of a sudden, many people begin to start using your services, forcing you to dig out of your pockets to help pay for various expenses that are required to keep the same level of user experience. Eventually, because of how popular your program has gotten, your pockets have run dry and you can no longer compete. Without sacrificing core values to the movement you’re participating in, it is impossible to monetize.

What has been described above is and always will be the epicenter of problems for open source software. Metamask would be no stranger to this. Luckily, the parent company behind Metamask is Consensys, a behemoth in the blockchain arena hosting a handful of widely used apps. Consensys has even raised hundreds of millions of dollars this year in funding rounds. This hasn’t stopped them from exploring alternative routes, in true web3 fashion. The unique framework of the blockchain let them build on top of their base protocol for extra sources of revenue.

According to Metamask developer Erik Marks, everything changed with the introduction of Metamask swaps.

“Because of how Web3 works, we can create a sustainable business model as wallets, without collecting your data, surveilling you, or otherwise baking in hidden costs to you as a user.”

Swaps rolled out on the Ethereum mainnet more than a year ago. Essentially, Metamask Swaps acts as a DEX aggregator, scanning prices across many sources to quote the best prices for traders, with a 0.875% fee to let users swap straight from their wallet. Users on Metamask virtually never have to leave the application to swap tokens with this feature.

To everyone’s surprise, this has gained more steam than even some of the top DEX’s on the network. A quick look at Dune Analytics data shows a total of 1,229,857 unique accounts have used the swap feature. This cumulates to 2,091,085 total token swaps, bringing us to an astronomical $20B in total value transacted in a little over a year.

Even more impressive, when you consider the 0.875% fee on top of each swap, which means Metamask has raked in well over $380M in fees. To put things simply, this is an astronomical number. If we took both SUSHI and CURVE, then combined their protocol revenue over the last 12 months, it still wouldn't even touch half the revenue of Metamask. It all boils down to one simple fact: For every $1,000 in volume, Metamask earns a sweet $8.75.

By simply building an in-app integration on top of a base infrastructure, Metamask is able to earn mind-blowing amounts of revenue. Traders can swap different tokens without ever leaving the wallet app. To the millions of users across Metamask, the simplicity of the swaps function is worth the fee it costs. How many familiar with the blockchain even know how to navigate to a DEX and swap in the liquidity pools?

This feature will only continue to grow as more users are onboarded to the wallet. Additionally, Metamask Swaps is just one of the many projects from Metamask. Another extremely interesting product is Metamask Flask, which was announced in January this year. At its core, Metmask Flask is a fork of Metamask created for developers. It does not provide the same API or UX stability as the main MetaMask apps, allowing developers to experiment with new unstable APIs. This version of Metamask does not function the same as the commonly used one. It is suited for developers and seasoned DeFi traders.

The applications in the world of decentralized finance contain hundreds of billions of dollars, so it is essential that each of these protocols have a secure UX and stable features to ensure security of funds. A single bug could result in catastrophic loss for the ecosystem. This is why Metamask Flask was made. To ensure bugs like these don’t happen, developers can launch experimental features in Flask and swiftly iterate them if needed before releasing them to users. The most interesting of all products offered by Metamask, is called “Metamask Snaps”. This one takes all the cake. “Snaps” are untrusted JavaScript programs that can be executed safely inside the MetaMask application. They run in an isolated environment where they have access to a limited set of capabilities, determined by the permissions they were granted by the user during installation.

These can then be integrated into decentralized applications to offer unique functionaility within the wallet for each specific dapp using it. Each MetaMask Snaps consist of two parts: 1. A method for MetaMask to safely execute third-party MetaMask Snaps code. 2. The website and MetaMask’s API for communicating with individual Snaps. Using Snaps, developers can add new APIs to MetaMask, add support for different blockchain protocols, or modify existing functionality using internal APIs. There are already snaps for multisigs, smart contract accounts, transaction insights, notification services, DAO tooling, cross blockchain tools, and much more. This allows developers to introduce code snippets to Metamask in a sandbox environment and extend functionality of the wallet and create completely new kinds of dapps. I expect to see developers using these a lot more in the coming months...

All of these features described above boil down to our main argument and thesis surrounding this information. We think it’s clear that Metamask is laying out a multi-pronged framework for a native token and getting ready to put ownership in the hands of the community. In the long-run, they know a blockchain wallet is best owned by no-one. Metamask Swaps - DEX aggregator + revenue generating monster to power the Metamask DAO and its revenue \ \ Metamask Flask - experimental playground for developers, customization, and access to unstable APIs (governance and proposals?) Metamask Snaps - a protocol layer for exploration, greater extensibility and composition in the Ethereum ecosystem \ \ A community owned protocol is the future for Metamask. \ \ After all, according to a tweet from Joseph Lubin, the founder of Consensys, the Metamask token has already been confirmed…

Our theories are even further legitimized in a recent community call recorded with the team, where developers drop the true bombshell. This video leaves us without a doubt of the fact that Metamask is about to take on DeFi by storm.

I wanted to wrap this up by explaining the magnitude of such an event. A Metamask token would be historical. If it were a DeFi protocol, it would be number one bar-none. Not a single decentralized application comes even close to Metamask in terms of revenue, in users, or any other metric you want to look at. We would essentially see a new DeFi giant form within the matter of a few days, and I doubt Metamask disappoints. The Metamask token will be one to keep an eye out for. Given the fact that Joseph Lubin teased it over 6 months ago, I think we can be fairly confident it is in active development and maybe even getting close to launch.

#Projects
#Chef Menu
How can I use my Bakery NFTs?
Visit any locked article on the website and sign the tx in your wallet to reveal the entirety of the page! Members recieve special perks, and have an active role in the Bakery.
Latest Breadcrumbs
Categories
Subscribe to the Chef's newsletter!
With nothing but a Pastry NFT, you can get monthly DeFi reports from the Chefs straight to your email!